"You'll find that we can take much of the worry and stress out of your financial life."

Amber joined Hansen House Company in November 2016 to fill the gap left behind by the well-known and beloved Dawn Kregness, after her retirement in December 2016.

After spending her childhood on the Iron Range, Amber migrated south and graduated in 2005 from UMD, with a BFA in graphic design. For over a decade, Amber led multiple transitional projects, oversaw the production of several trade magazines, and was an ultimate communicator within the business-to-business publishing industry. In the summer of 2016, she needed a change, which led to her position at Hansen House Company.

In her spare time, Amber enjoys spending time with her family and friends, volunteering at her children’s school, enjoying the outdoors, traveling, and shopping. 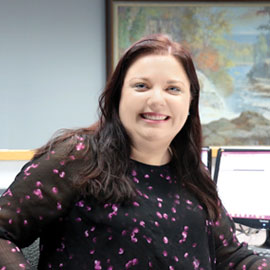